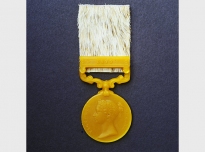 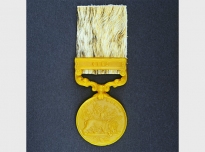 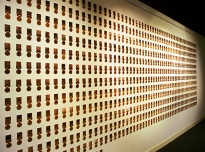 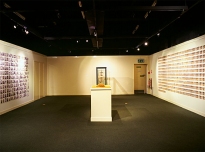 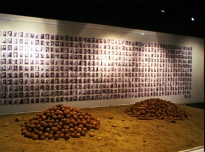 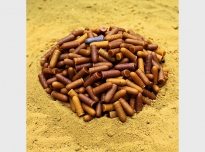 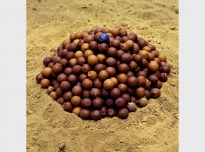 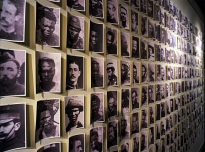 Ubique responded to the force of encounter resulting from the opportunity to access artifacts and sites in ways not normally experienced by the public, and involved significant collaboration and negotiation with curators and conservators at the museum whose interest in the work enabled the exhibition to push at the boundaries of representation within a very particular museum environment.

In response to such an expansive collection Ubique focused on specific artifacts related to the battles of Isandlwana and Ulundi (1879), and the outcome of these decisive battles. Memorialised within popular culture through films such as Zulu(1964) 1, the exhibition reconsidered the mythical nature that these battles have accrued and focused on a series of objects directly related to the two conflicts. The battles of Isandlwana and Ulundi took place on the 22nd January and 4th July 1879, with reported deaths given as 1,240 at Isandlwana and 1,500 at Ulundi. Ubiqueexplored the resonance and reality of these figures through the production of a series of objects and images corresponding to the number of lives lost on each battle field. The core inspiration for these multiple elements came from two bullets, one British and one Zulu found on the battlefield, the South Africa Medal awarded for inclusion in the campaigns and a Zulu cowhide shield. Unrefined African beeswax was used to take multiple casts from the bullets and medals and, in the case of the medals, cowhide was used as an alternative to ribbon thus creating a new combination of reference and meaning that “mimics and comments on the notion of reward through conflict”.2 In addition the exhibition included a series of photographic images recording individual soldiers from both sides of the conflict.

The broader context of the exhibition can be seen in relation to the work of Susan Pearce who advocates that artifacts can be seen as “material equivalents to the grammar of language”.3 For Pearce, artifacts redefine Saussure’s definition of langue in physical form, and can be understood as indicators of what she describes as the “structured whole” of society.4

Ubique gave physical form to the relationship between historic fact and contemporary reality by manifesting the numerical result of particular conflicts in material visual form. Referencing the past, the work simultaneously drew attention to the present with the title, Ubique, reflecting the Royal Engineers motto meaning ‘everywhere’, and indicating the significance and interrelation of historic and contemporary conflicts.